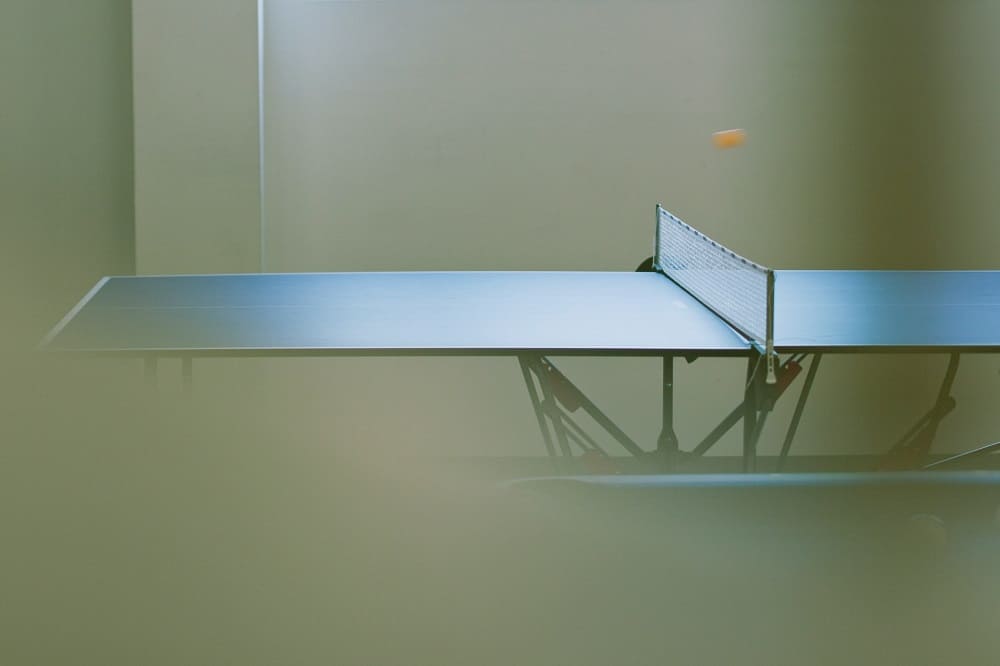 What started in Victorian England as a fun way to pass the time became one of the most played sports worldwide. Even more captivating is that a hundred years after table tennis was invented, it became an Olympic sport.

Having such a wide appeal means that there have to be rules and regulations in place to ensure fairness and to protect the players. Whether you’re playing the game in a professional arena, recreational center, or your garage, everyone has to abide by the same set of rules.

These rules are pretty straightforward. Yet, every once in a while, you’ll come across something that’s not quite clear. What happens if your bat hits the table after you’ve served? Is that allowed? If not, can you touch the table in table tennis with your hands?

We’ve rounded up a few table tennis rules mandated by the International Table Tennis Federation (ITTF). Remember that the following rules apply only during the rally when the ball is in play.

This also applies when there’s a let. A let is when the serve hits the net and no points are scored. When this happens, the rally is paused for several seconds before the serve is replayed.

There’s only one exception to this rule: never touch the playing surface with your free hand. We’ll talk more about that below.

So, what happens if you do move the table? Your opponent gets a point. Take a look at the ITTF handbook rule:

Law 2.10.1.9: If an opponent, or anything an opponent wears or carries, moves the playing surface.

One rule that’s pretty clear is touching the playing surface. It just depends on what you’re touching the table with.

If you touch the table with the hand that’s holding the racket, it’s not a penalty. This also applies when touching the table with your body, clothes, or even the racket itself. Again, this is taking into consideration that you didn’t move the playing surface.

Now, let’s talk about your free, non-paddle hand. As we mentioned in the previous section, you absolutely can’t, under any circumstance, touch the table with your non-paddle hand while the ball is in play. If you do, your opponent gets a point. The ITTF handbook states the following:

The only time a player’s free hand can touch the table is when the point has finished, as in the following:

Many players are ambidextrous when they’re playing table tennis. They switch from one to the other during play. While there’s nothing against it in the rule handbook, it can be a bit tricky. You have to be really focused that you switch rules simultaneously as you switch hands.

Touching Outside the Playing Surface

It’s worth mentioning that the playing surface doesn’t include the vertical sides of the table, as well as the legs and the undercarriage.

If your free hand touches any of these areas and you don’t move the table, the rally continues, as stated in the handbook of table tennis laws:

Law 2.1.2: The playing surface shall not include the vertical sides of the tabletop.

Touching the entire net assembly during a rally is frowned upon. If for any reason, you touch the net during play, you lose a point.

Law 2.10.1.10: If an opponent, or anything an opponent wears or carries, touches the net assembly

So, can you touch the table in table tennis? Yes and no.

We’ve seen instances where it’s okay to touch the table, or playing surface, during the rally. We also talked about how and when touching it can make you lose a point to your opponent.

Providing you don’t move the table in any way, you can touch it with anything except your free hand. All it comes down to is learning how to control your free hand during play. Another good idea is to apply the table’s wheel brakes before playing!